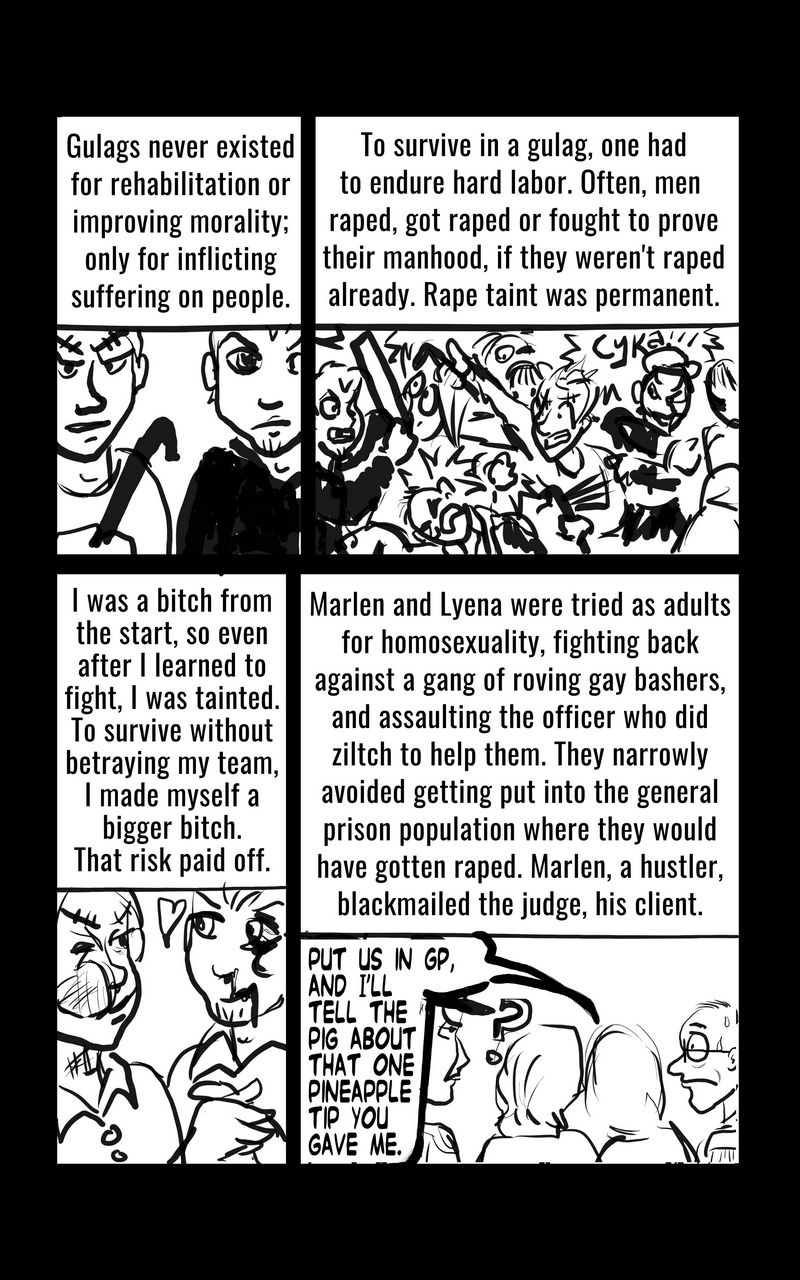 TSAR as narrator
Gulags never existed for rehabilitation or improving morality; only for inflicting suffering on people.

TSAR as narrator
To survive in a gulag one often had to endure hard labor. Often, men raped, got raped, Or font to prove their manhood if they weren't raped already. Raped and was permanent

TSAR as narrator
I was a bitch from the start so even after I learned to fight, I was tainted. To survive without betraying my team, I made myself an even bigger bitch. That risk paid off.

TSAR as narrator
Marlen and Lyena were tried as adults for homosexuality, fighting back against the gang of roving gay Bashers, and assaulting the officer who did cells to help them. They narrowly avoided getting put into the general prison population where they would have gotten raped. Marlen, a hustler, blackmailed the judge, his client.

MARLEN
Put us in GP, and I'll tell the pig about that one pineapple tip you gave me.