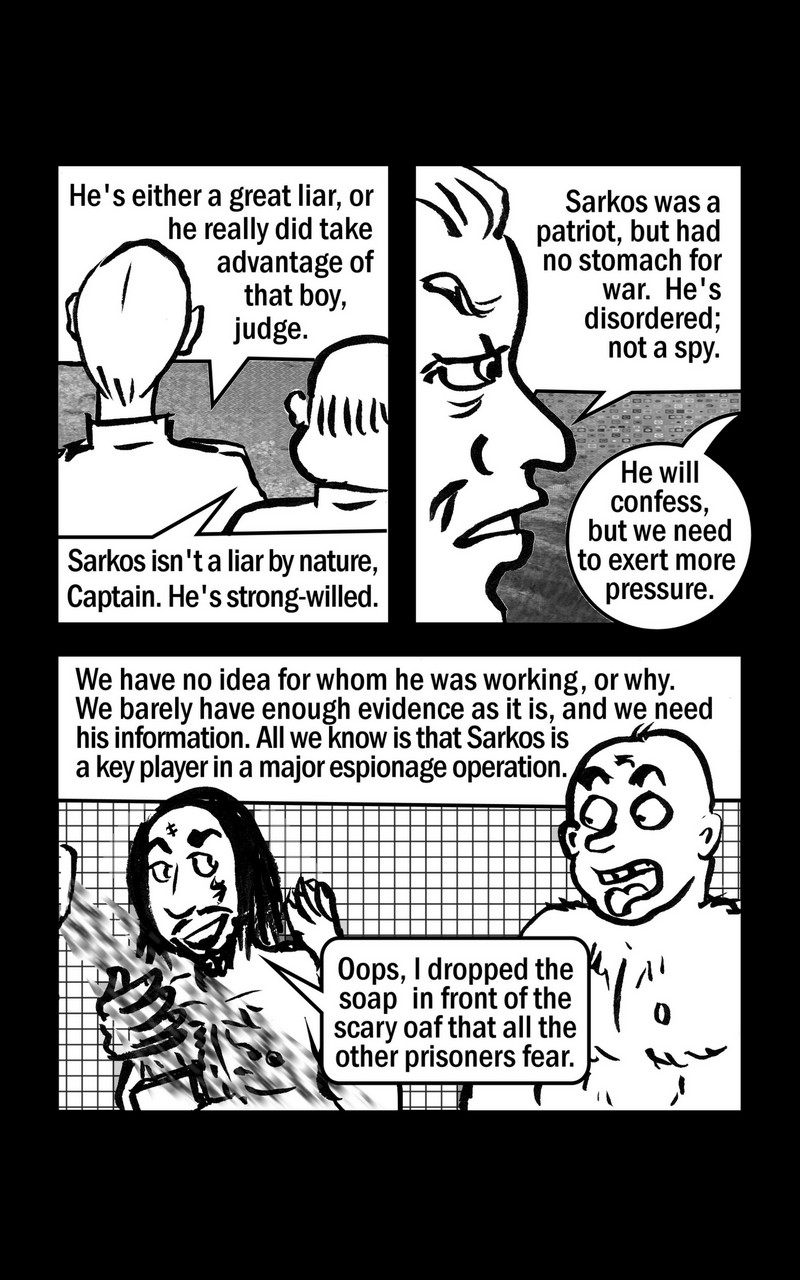 Frame 1
The Captain and Judge are talking.

Captain
He's either a really great liar, or he really did take advantage of that boy, judge.

Captain
Sarkos was a patriot, but had no stomach for war. He's disordered, not a spy.

Judge
He will confess, but we need to exert more pressure.

Frame 3
Tsar is taking a shower next to a bald ape of a man who is regarding him lustfully.

Judge as Narrator
We have no idea for whom he was working, or why. We barely have enough as it is, and we need his information. All we know is that Sarkos is a key player in a major espionage operation.

Tsar
Oops! I dropped the soap next to the scary oaf that all the other prisoners fear.