CW: DEATH - The execution of Vera 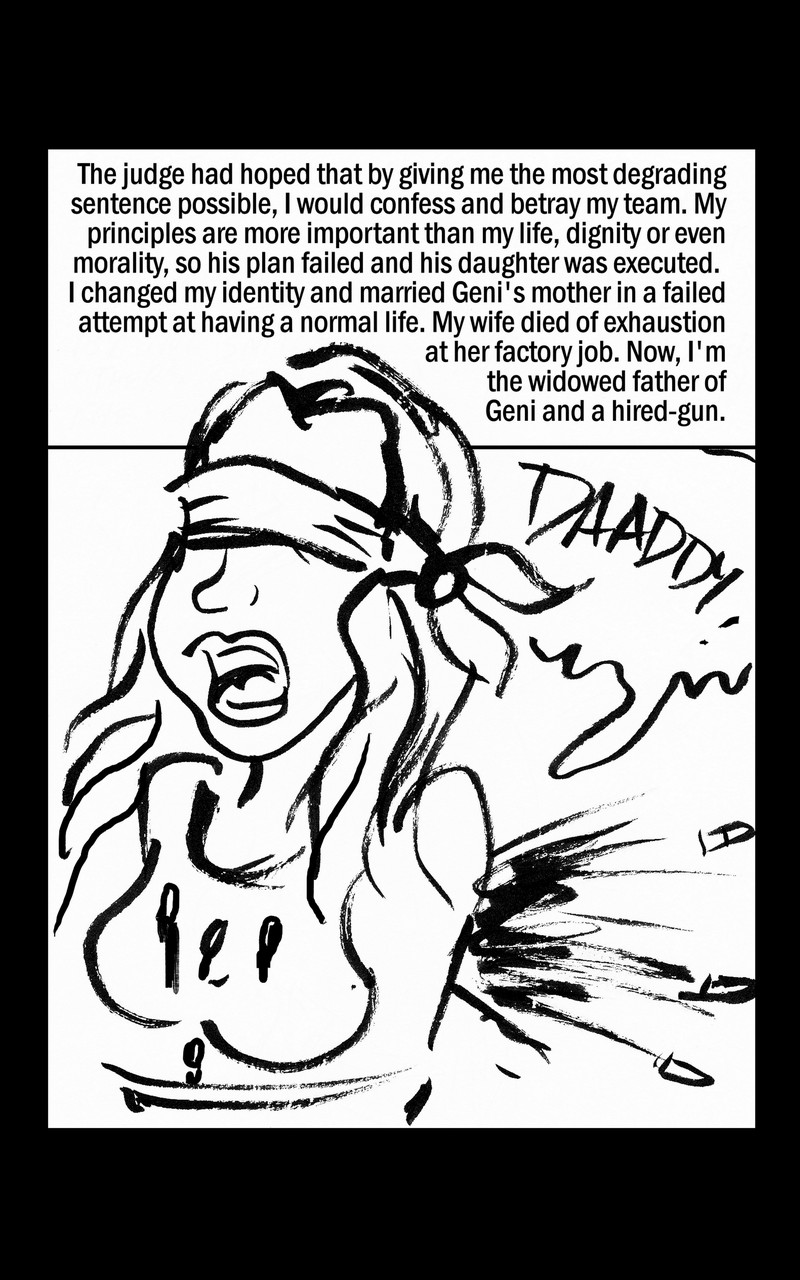 Scene Action: Vera’s fate is shown. She is blindfolded, wearing a dark women’s prisoner uniform, her once lustrous blonde hair is now drab and faded. Her body jerks forward as blood sprays from her back, a firing squads bullets ending her life. Her mouth is open as she cries out with her final breath.

Dialog: The judge had hoped that by giving me the most degrading sentence possible, I would confess and betray my team. My principles are more important than my life, dignity or even morality, so his plan failed and his daughter was executed. I changed my identity and married Geni’s mother in a failed attempt at having a normal life. My wife dies of exhaustion at her factor job. Now, I’m the widowed father of Geni, and a hired-gun.
Tsar
In his letter to Camello’s boss
DADDY!
Vera
As she is shot