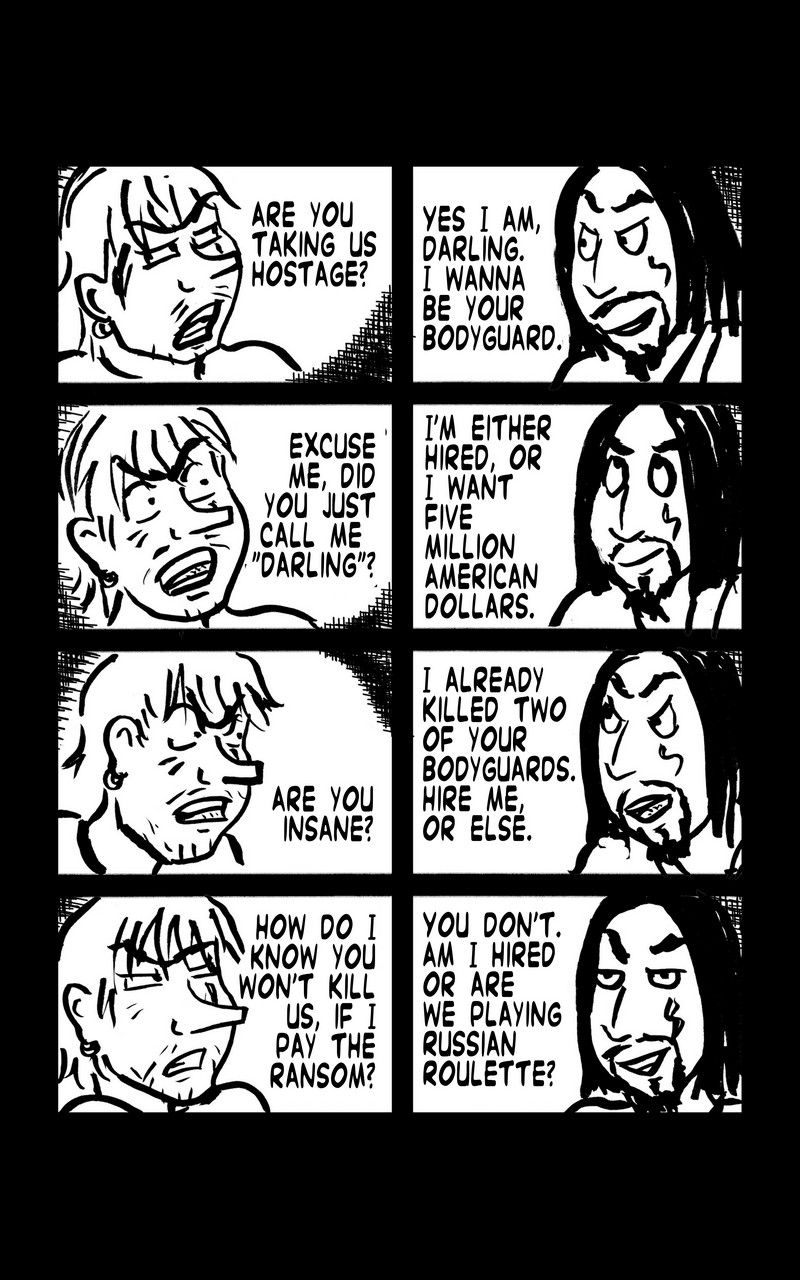 Dialog: Are you taking us hostage?
Camello
To Tsar

Frame 2
Scene Action: Tsar plays. He has the upper hand and he knows it.

Dialog: Yes I am, darling. I want to be your bodyguard.
Tsar
To Cam

Frame 3
Scene Action: Cam looks to Tsar, incredulous. Any affection he may have harbored for Tsar is no longer there.

Dialog: Excuse me? Did you just call me ‘darling’?
Camello
To Tsar

Frame 4
Scene Action: Tsar looks up at the ceiling, smirking as he lays out the stipulations.
Dialog: I’m either hired or I want five million American Dollars.
Tsar
To Camello

Frame 5
Scene Action: Camello’s eyes almost pop out of his head, hearing Tsar’s demands. He’s both shocked and angry with the demands.

Dialog: Are you out of your mind?!

Dialog: I already killed both of your bodyguards outside. Hire me.
Tsar
To Camello

Frame 7
Scene Action: Cam is forced to face the truth of the situation and the direness of his position. He narrows his eyes at Tsar.

Dialog: How do I know you won’t kill us, if I pay the ransom?
Camello
To Tsar

Frame 8
Scene Action: Tsar looks sly. He knows that Cam knows who’s in charge at the moment. He lowers his eyes and gives Cam a confident smirk.

Dialog: You don’t. So am I hired, or do we play Russian Roulette?
Tsar
To Camello